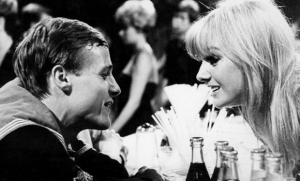 In Episode 26: Effective at 30 Feet!, the fellows discuss playing with their dolls—er, action figures—and swoon a little bit over mod fashions, but then recover their masculinity by evaluating the military effectiveness of The War Machines and the murky moral areas of the two War Doctor audio story arcs Only the Monstrous and Infernal Devices. Plus, the world debut of a missing first draft scene from The Enemy of the World that is totally the genuine article from 1967 and was not just written a few days ago by Kelvin, not at all!