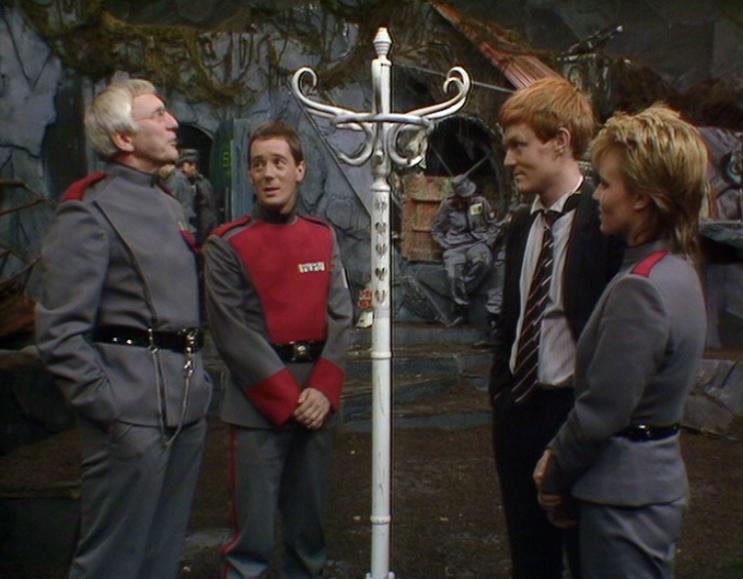 In Episode 8: What The Hell Are We Supposed To Do With A Hat Rack?, Pablo Jones, the man behind our theme song and A Very Dalek Hanukkah, joins Pat, Kelvin and Joshua for five rounds AWESOME! Listen as the boys discuss music in Doctor Who, add another piece of Doctor Who verse to the growing Get Off My World library, come to very different conclusions about the Fifth Doctor story Frontios and throw Vislor Turlough and Captain Jack Harkness into the Death Zone to see who is the superior companion!

Show Notes and Other Tidbits
-Geoffrey Burgon fan site.
-The Frontios-related fan fiction mentioned by Pat is The Puppet King by Dale Smith
-The Frontios-related short story mentioned by Kelvin is Life After Queth by Matt Kimpton.
-Download the Fifth Doctor and Turlough audio Loups-Garoux from Big Finish for only $2.99 and find out what Joshua is making such a fuss over.
-Speaking of Joshua, listen carefully and you’ll hear him call the Tractators Tetraps! He will live with that shame for the rest of his life.

2 thoughts on “Episode 8: What The Hell Are We Supposed To Do With A Hat Rack?”